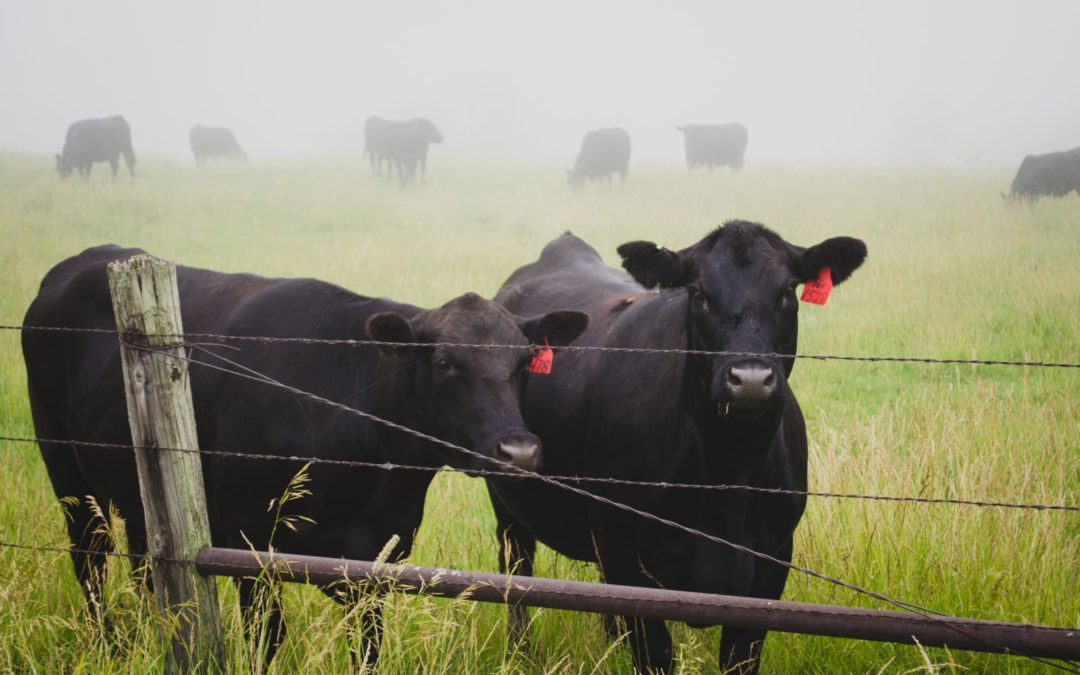 Where did Black Angus come from?

Before they were black…they were red. I feel like I’m playing roulette; which color do I bet on?  Clearly in this case you should bet on Black!

The Red Angus breed has the exact same origins of the Aberdeen Angus. Originally it was brought in by the Vikings and introduced to England and Scotland. These cattle were small, reddish brown colored, and polled (no horns). The new breed of cattle were then interbred with the local black horned Celtic cattle of Scotland which produced the ancestor of the Black Aberdeen Angus we know today. Angus is a region located in the North-Eastern part of Scotland.

What makes them such great meat producers?

The short answer? It’s all about the fat – they produce nicely marbled meat meaning flavor and tenderness. But, the long answer might be interesting to you as well. Genetics. First off, the females actually mature quicker, allowing for them to produce babies earlier. Also unique to the this breed is that they have a shorter gestational period which produces a smaller babies. This is positive as it actually facilitates the birth for the momma cow, allowing her a quicker recovery time, and it causes less birthing issues on the baby as well.  The mother cows are also known for their maternal instincts, superior milking capabilities, and higher fertility rates. Another interesting fact is that Black Angus do not have the same issues that other bovine breeds have in terms of diseases, so they are generally healthier than other breeds. All of these natural benefits lead to a better final product. Now who wants some steak?